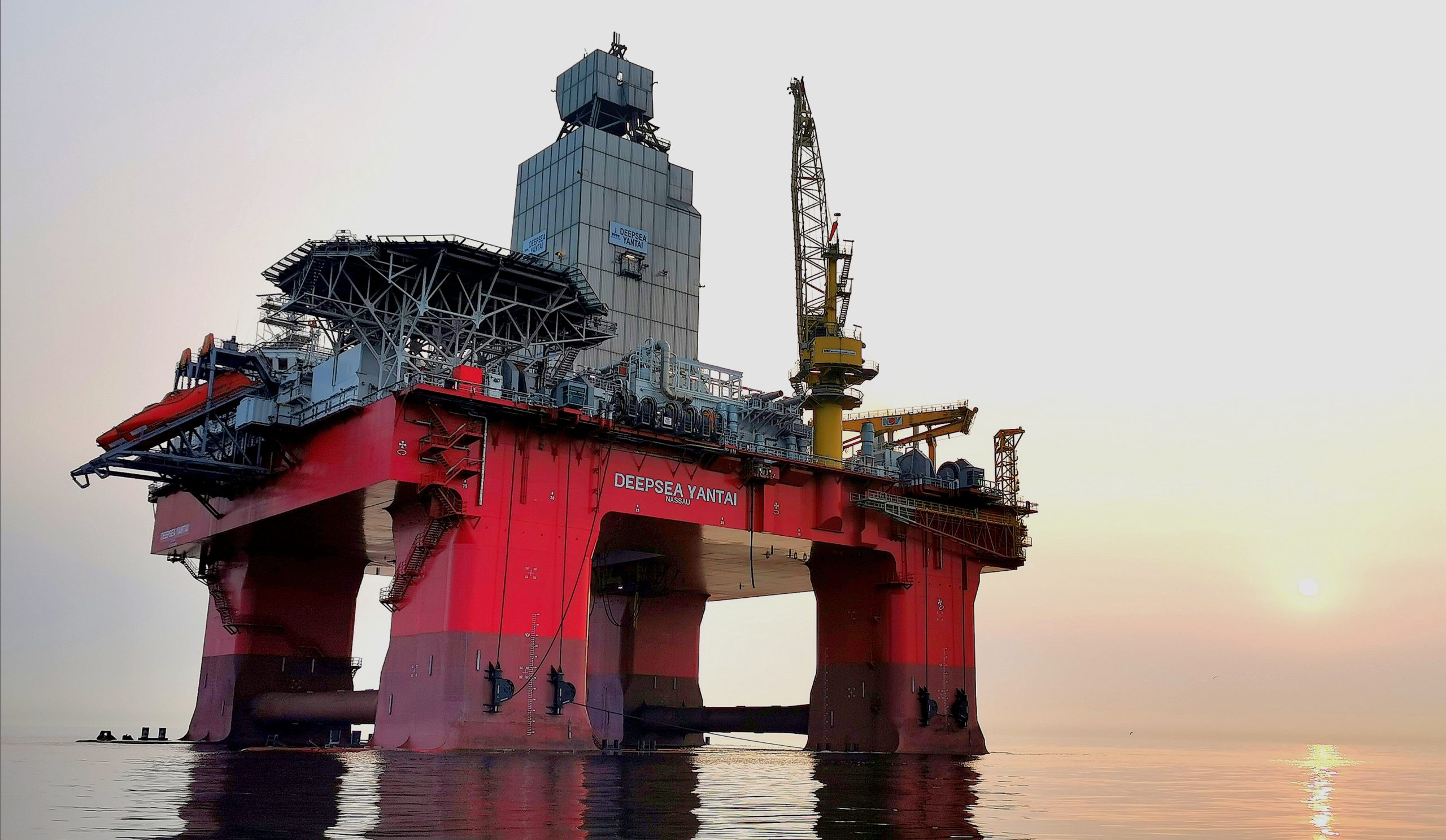 This is our fifth consecutive discovery in mature areas on the Norwegian continental shelf. Pandion Energy actively targets near field exploration opportunities which allow for low cost and low carbon developments. The partners in the Calypso license will now study options to effectively develop the discovery using nearby infrastructure.

“We would like to congratulate both the operator Neptune Energy and the Deepsea Yantai team on yet another successful drilling operation.”

Pandion Energy is also partner in the Neptune Energy operated Ofelia discovery in the North Sea announced in August (link).

The well was drilled by the Deepsea Yantai, a semi-submersible rig owned by CIMC and operated by Odfjell Drilling. The partners in the license are: Neptune Energy (operator, 30%), OKEA ASA (30%), Pandion Energy AS (20%) and Vår Energi ASA (20%) 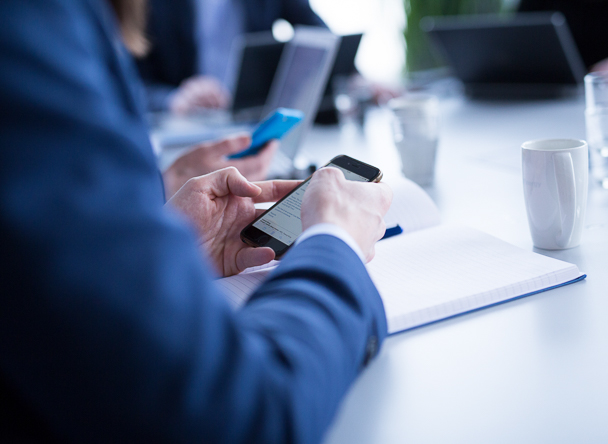 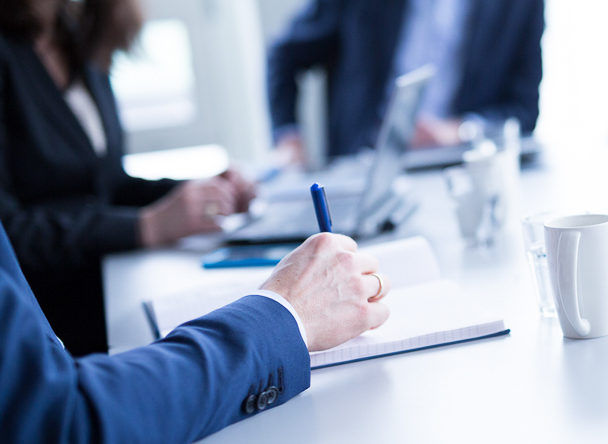 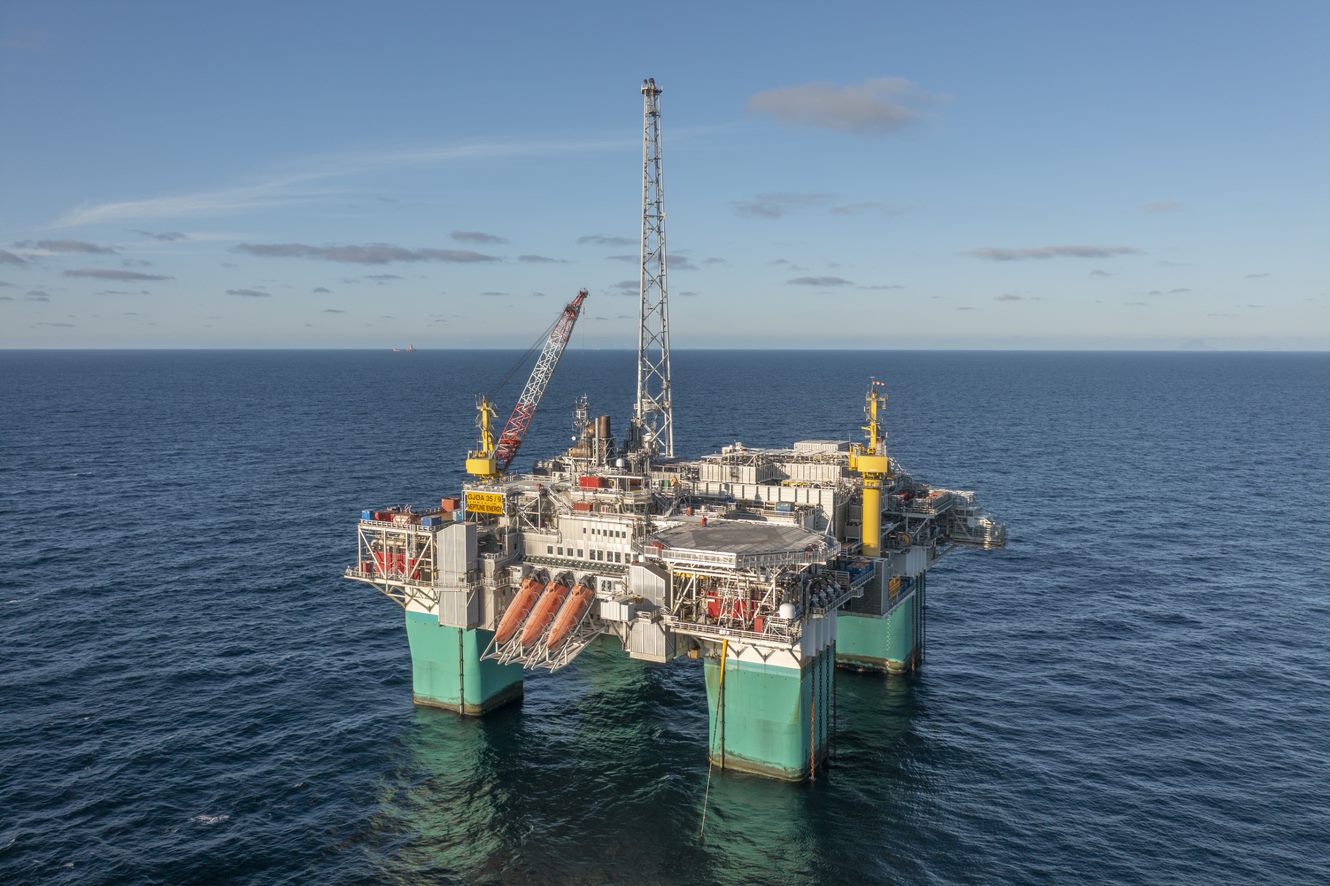 The Ofelia well, 35/6-3 S encountered oil in the Agat formation. The preliminary estimate of recoverable oil volume is in the range of 2.5-6.2 million standard cubic meters (MSm3) or 16-39 million barrels of oil equivalent (mmboe). An additional upside of around 10 mmboe recoverable gas in the shallower Kyrre formation north of the well, brings the total recoverable volume to approximately 26-49 mmboe. The Ofelia drilling program confirmed an oil/water contact at 2,639 metres total vertical depth.

The discovery is located 15 kilometres north of the Gjøa platform, also operated by Neptune Energy. Ofelia will be considered for development as a tie-back to the Gjøa semi-submersible platform in parallel with the recent Hamlet oil and gas discovery. Gjøa is electrified with power from shore and produces at less than half the average carbon intensity of Norwegian Continental Shelf fields*.

With this discovery Pandion Energy further manifests its presence in the Greater Gjøa Area and demonstrates the potential of our exploration strategy focusing on opportunities close to existing infrastructure. I’m also pleased to see that we are able to deliver profitable growth while remaining loyal to our Net Zero Carbon strategy.

“Our history in this area traces back to the first discovery in Pandion Energy’s portfolio, namely 36/7-4 Cara later renamed Duva. Ofelia was our first APA application building on the experiences made as partner in the area, and demonstrates the exploration team’s ability to deliver organic growth.”

Duva, now on stream, was the first discovery in the Agat formation in this area, a reservoir which until recently was not part of established exploration models on the Norwegian Continental Shelf. Pandion Energy divested its interest in the Duva field in 2020 and is currently partner in several neighbouring exploration licenses. Earlier this year Pandion Energy acquired a 10 per cent interest in the Nova field, which was put on stream in July as a subsea tie-back to Gjøa.

Ofelia was drilled by the Deepsea Yantai, a semi-submersible rig, owned by CIMC and operated by Odfjell Drilling. 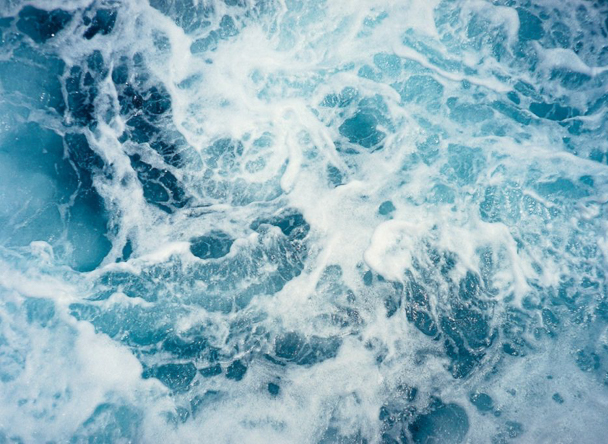 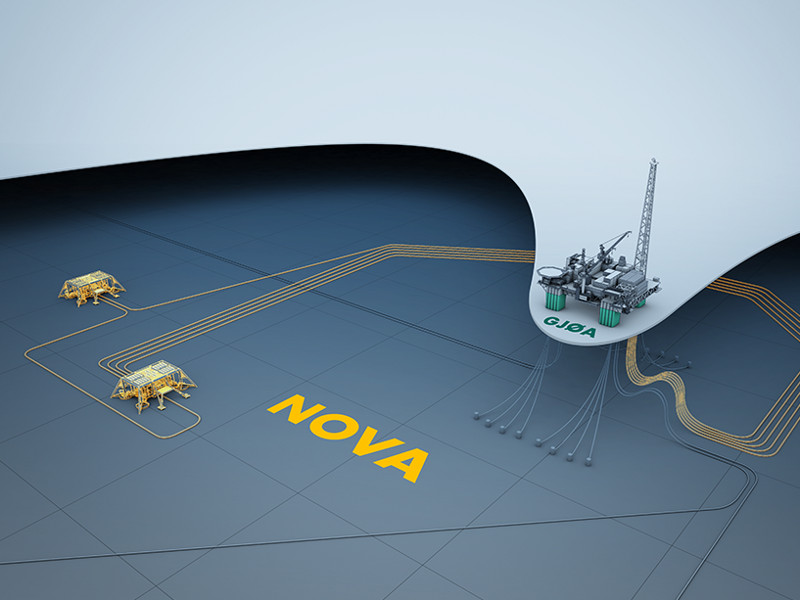 “Nova on stream is an important milestone for Pandion Energy as this will more than double our daily production when at peak – a big thanks to all involved for getting us to this stage! We now look forward to work closely with the operator and partners to further enhance production and value creation from the Nova field. I’m also very pleased to see that we’re able to continue delivering profitable growth while remaining loyal to our Net Zero Carbon strategy. Together with the existing production from Valhall & Hod, we will have among the lowest CO2 intensity levels on the Norwegian Continental Shelf.”

The Nova field (previously Skarfjell) was discovered in 2012 and the plan for development and operation (PDO) was approved in 2018. Pandion Energy entered the project through the acquisition of ONE-Dyas Norge AS, which was announced in March this year and completed at the end of June.

Nova is located in the North Sea, about 120 kilometres northwest of Bergen and approximately 17 kilometres southwest of the host platform Gjøa. The field is developed with two subsea templates and a total of six wells; three producers and three water injectors. The host platform will provide gas lift and water injection to the field and receive the Nova hydrocarbons.

The Nova oil will be transported via Gjøa through the Troll Oil Pipeline II to Mongstad, associated gas will be exported via the Far North Liquids and Associated Gas System (FLAGS) pipeline to St Fergus in the UK, supplying the European energy market. 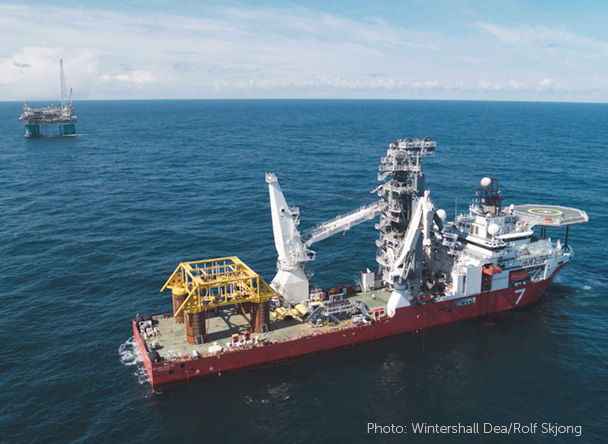 Following the completion of the transaction, ONE-Dyas Norge AS has become a wholly owned subsidiary of Pandion Energy and the name of the company will be changed to Pandion Energy Norge AS.

The transaction includes a 10 percent share of the Nova field and a total of nine exploration licenses. The Nova field is expected to start production in the second half of 2022 and will be sustainably operated with hydro power from shore through Gjøa.

In accordance with conditions set forth in the approval by the Norwegian Ministry of Petroleum and Energy, a separate merger process will be initiated to combine the portfolio of the two companies under one licensee. 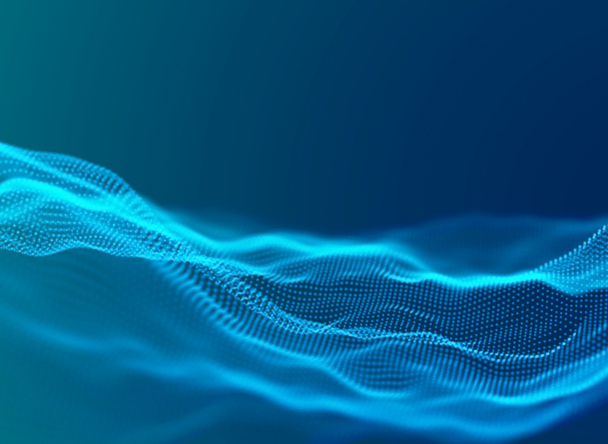 Together with the USD 75 million 4-year tenor senior unsecured bond successfully raised on 25 May, this concludes Pandion Energy’s refinancing process. The purpose of this process has been to optimize the capital structure on the back of the acquisition of ONE-Dyas Norge AS announced on 9 March (completion pending authorities’ approval).

“We are very pleased to have completed the debt refinancing as planned under unusually volatile market conditions. We are also comforted by the continued strong support from both leading Nordic and international banks, as well as institutional bond investors. By retaining this diversified and flexible capital structure, we are fully financed to meet exciting commitments and to act on future growth opportunities.”

The bond will be listed on the Nordic ABM, a marketplace regulated by Oslo Børs, within 9 months. Nordic Trustee has been appointed as bond trustee. Upon closing of the new bond issue, Pandion Energy issued a call notice for full redemption of PANE01 PRO earlier today.

Arntzen de Besche acted as legal advisor to Pandion Energy in the refinancing process. RBL banks were advised by Wiersholm and managers of the bond issue were advised by Thommessen. 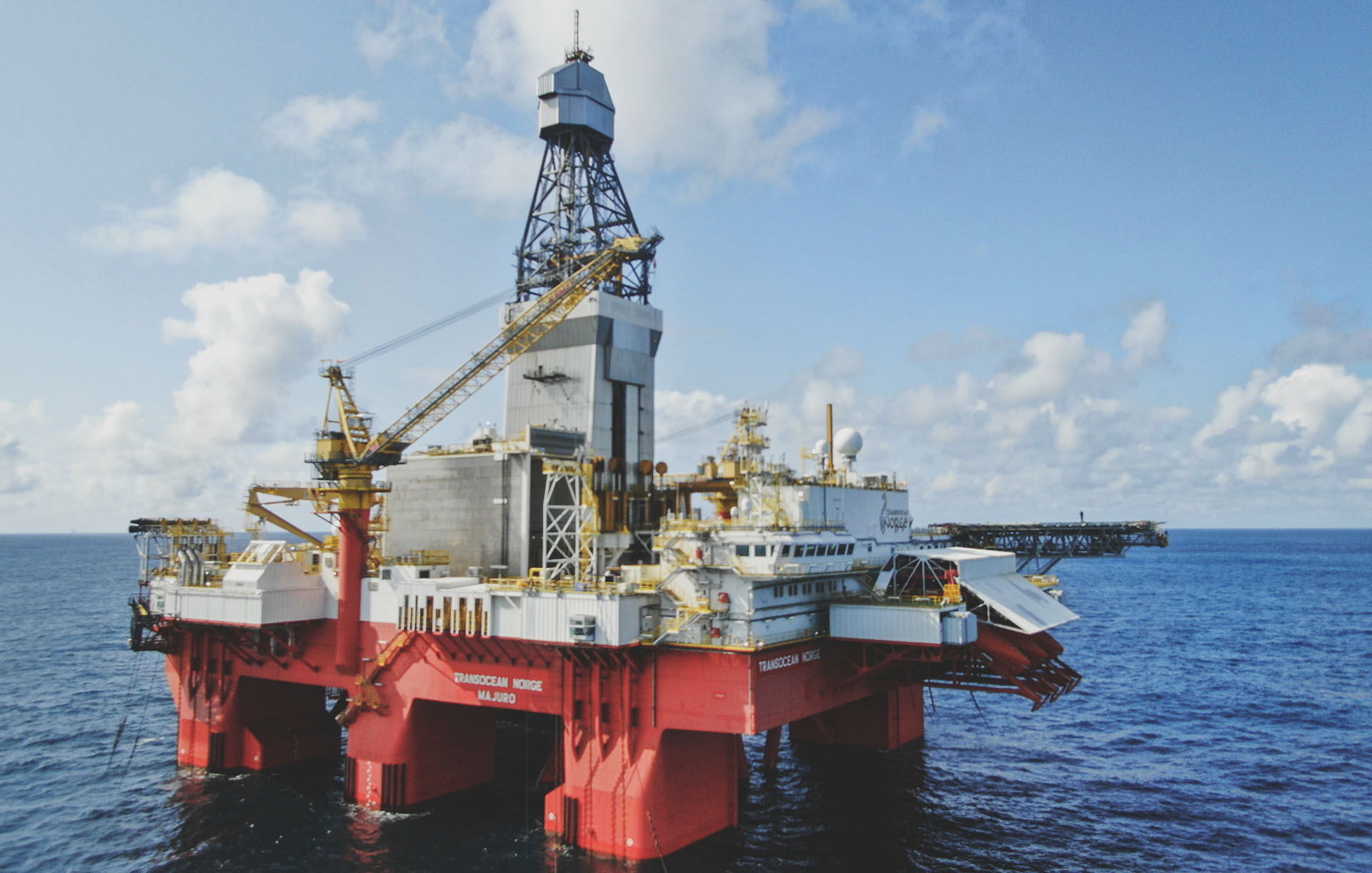 Analysis of the newly collected data will inform on options for future appraisal and potential development. Pandion Energy holds a 20 per cent interest in in PL891, where ConocoPhillips is the operator (80 per cent). The main objectives of the appraisal well were to narrow oil in place and recoverable hydrocarbon volume estimates for pay intervals encountered in the discovery well 6507/5-10 S.

The 6507/5-11 well encountered wet Jurassic and Triassic sands in the Åre formation and Grey Beds, with a total of 130 m of net good reservoir properties in several vertically separated pressure zones.

Three injectivity tests were conducted in the Åre and Grey Beds formations. Good injectivity in high permeability intervals was observed in all zones with a target rate of around 1000 Sm3/day for each injection test. The injection tests interpretation supports good connectivity of the Grey Beds reservoir with the updip pay in the discovery well 6507/5-10 S.

We see multiple exploration opportunities in the Slagugle area which we expect will add to the resources confirmed by this appraisal well. We now look forward to continuing our close cooperation with the operator and contribute to maturing and potentially developing the resources in the area.